The heat ― the close of another August day.
I rummage drawers of half-sleep for the voices
of my three aunts, lest time erase
the special timbre of their speech: the way

Ann’s laughter survives, despite the din
of a decade’s chatter, erupts in raspy
bursts − gin fizz from a barkeep’s
wand. Her Lucky Strike’s aloft in two fingers.

Flo died next, yet I still hear that twang
in her vowels, the wah-wah of a trumpet
solo at the Sons of Italy dance. Last, let
Ginny’s cigarillo tones request a tango.

My memory’s the vessel — an old jar, lid
punched with holes, to let the fireflies live. O’Toole’s visionary poems explore the boundaries between light and dark, past and present, life and death.” 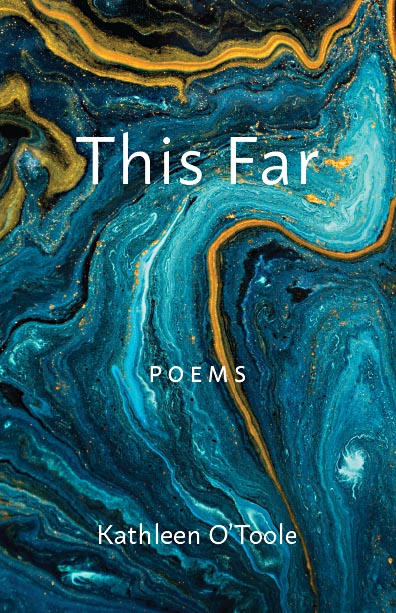